I was born in Kenya and moved to England in 1972. I grew up in Stanmore and attended Copland High School in Wembley, Middlesex. Following my ambition to study medicine I attended the University of Wales, College of Medicine in Cardiff and qualified in 1984. 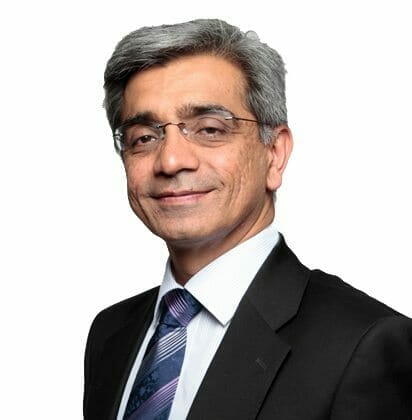 I began my surgical career as a surgical house officer with a professorial unit in Cardiff. I have held many positions including Registrar in Otolaryngology at Hope Hospital / Royal Manchester Children’s Hospital, University of Manchester School of Medicine and Senior Registrar in ENT at The Royal National Throat, Nose and Ear Hospital, London.

I have a special interest in the management of snoring and obstructive sleep apnoea.

Sleep medicine is a relatively new field and has, to date, received very little attention. In order to heighten awareness of problems that patients face with snoring and obstructive sleep apnoea, I have appeared on BBC Breakfast, BBC World, Anglian TV, The Discovery Channel, GMTV and BBC Radio 4. I have also featured within The Daily Mail.

I also lecture nationally and internationally on the subject.

In 2004 my team and I at the Royal National Throat, Nose and Ear Hospital, London won the Hospital Doctor award in the category of ‘Sleep Medicine Team of the Year’.

I live in Loughton, Essex with my wife and two daughters. I enjoy playing all sports especially cricket, tennis and squash and I was a regular member of the Medical School 1st XI cricket team and also represented the school senior chess team.

I enjoy doing charity work and have recently held an ENT diagnostic camp in India.