His main interests are in the diagnosis and treatment of sports knee injuries and knee arthritis, together with trauma and fracture surgery. He performs both arthroscopic (keyhole) and open procedures, in particular cruciate ligament surgery, meniscal repair, patellar stabilisation, children's knee surgery and knee replacement. 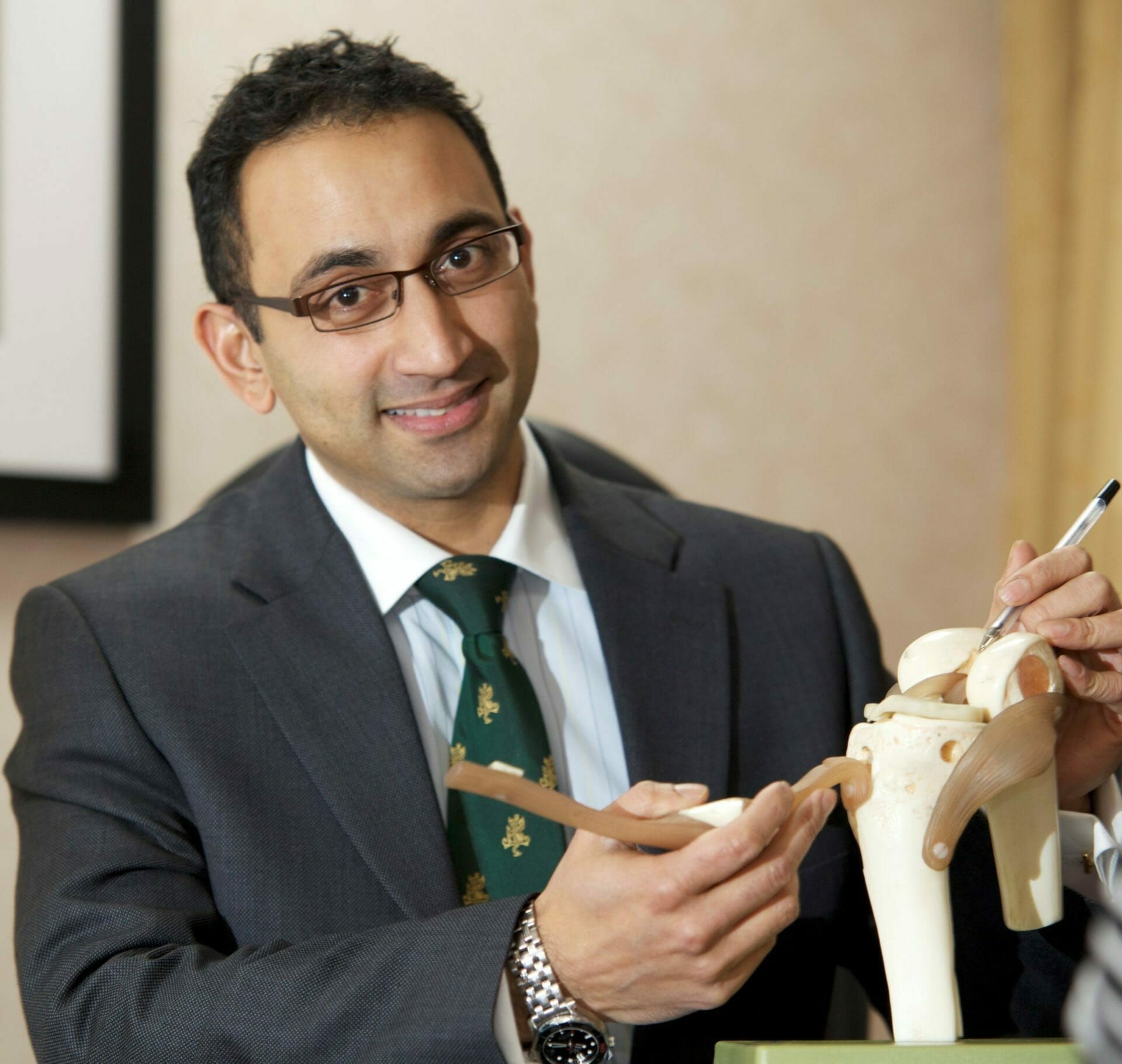 Mr Gupte is a specialist knee surgeon with over 10 years experience as consultant, but also has an active research and teaching interest in knee problems.

As director of training for trauma and orthopaedics for London deanery NW Thames (2011-2018) Mr Gupte helped reshape training for the consultants of the future in this region. He is also ex President of the Royal Society of Medicine Orthopaedics Section having served as President in 2012, and is a member of the British Association for Surgery of the Knee. He was awarded a PhD from Imperial College in 2004 for his work on the meniscofemoral knee ligaments and their role in knee arthritis and ligament injury. He won the prestigious British Orthopaedic Association Robert Jones Gold Medal Proxime Accessit in 2005. He has published over 70 papers in this and other topics which include shoulder and ankle surgery, tuberculosis and training the surgeons of the future.

His time as captain of Oxford University and professional cricketer in 1995/6 has given Chinmay added insight into the unique needs of sportsmen in returning to sport after injury; experience that he brings to bear in his clinical practice.